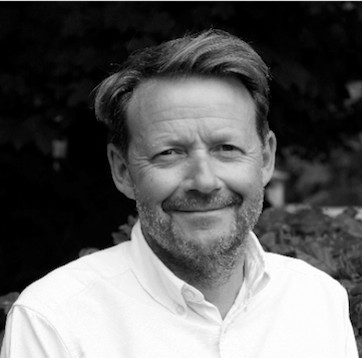 Andy read Building Engineering and Management at Brunel University, West London, where he specialised in Building Services and graduated with honours (BSc) in 1983. Following graduation, he joined Arup in their Cardiff office, then relocating to London with Surrey County Council, and then re-joining Arup in 1987 where he was made an Associate.

Following a number of years with Battle McCarthy, Andy was made an Associate Director at Arup before relocating to Arup’s Bristol office, where he co-led the Building Services group for five years. He set up the Bath office of Ernest Griffiths Consulting Engineers in 2004 and became Partner in 2006. Andy is a founding Partner of E3 Consulting Engineers following its formation in 2010.

Through his career Andy has developed extensive experience in the education, arts, commercial and historic sectors and has particular interest in sustainable buildings. He has lectured at universities and at the Passivhaus Conference and is a Teaching Fellow at Bath University, involved in their architecture courses at degree and post graduate. He has been involved with a number of key developments in building design, including the first Passivhaus primary schools and Passivhaus archive buildings in the UK.

Andy is a chartered engineer and Member of the Chartered Institution of Building Services Engineers (CIBSE).